Win an exclusive painting commemorating the fight, plus behind-the-scenes access and a personal message from the artist! 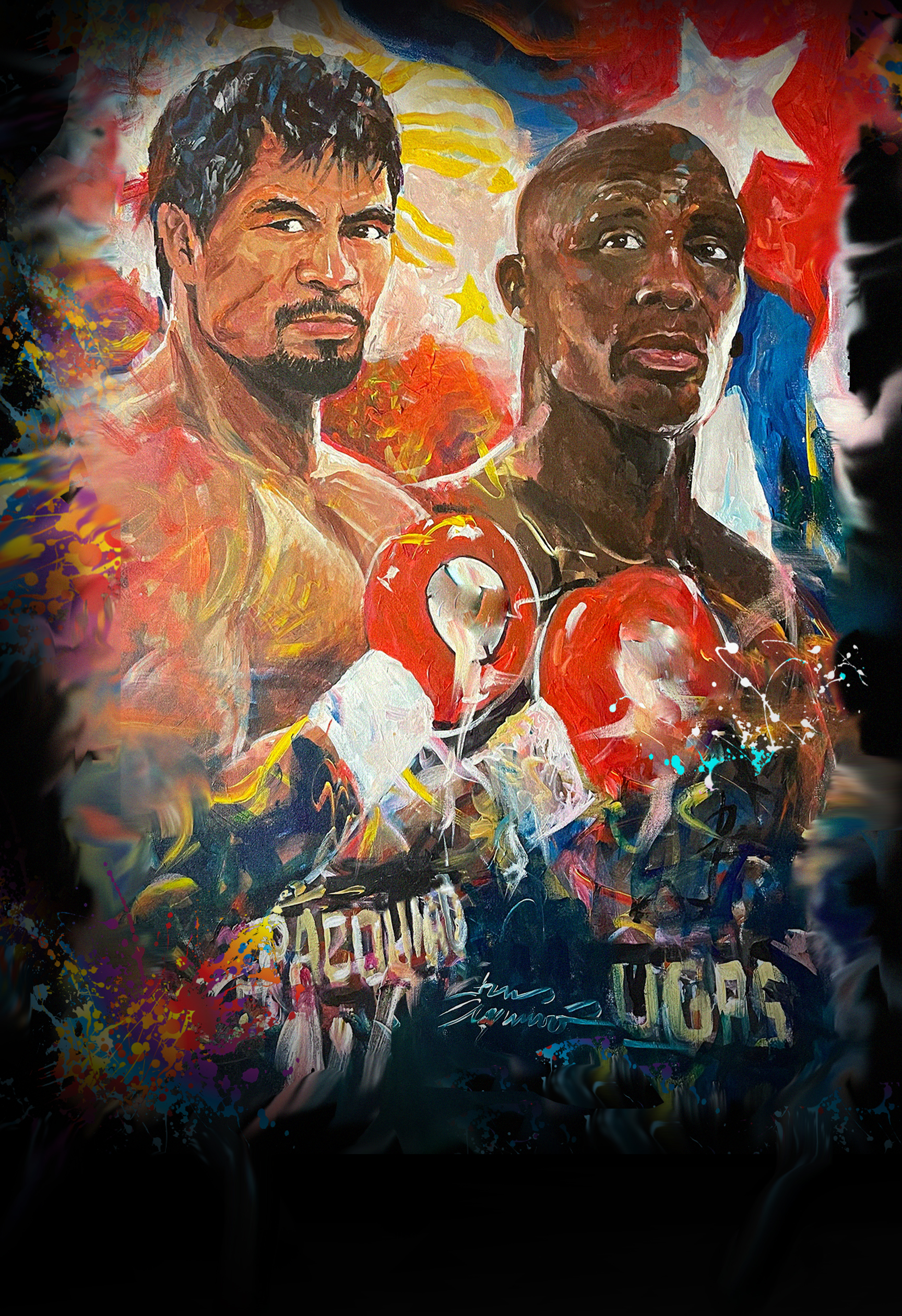 For the first time in history, a collection of NFTs representing world champion fighters is being auctioned. Manny Pacquiao is one of the greatest professional boxers of all time whose fights have generated $1.2 billion in revenue from 25 pay-per-view bouts. Only 7 Portrait of Champion NFTs will ever be minted.

The top bidders will receive this NFT, redeemable for a personalized Portrait of a Champion and exclusive interactive experiences 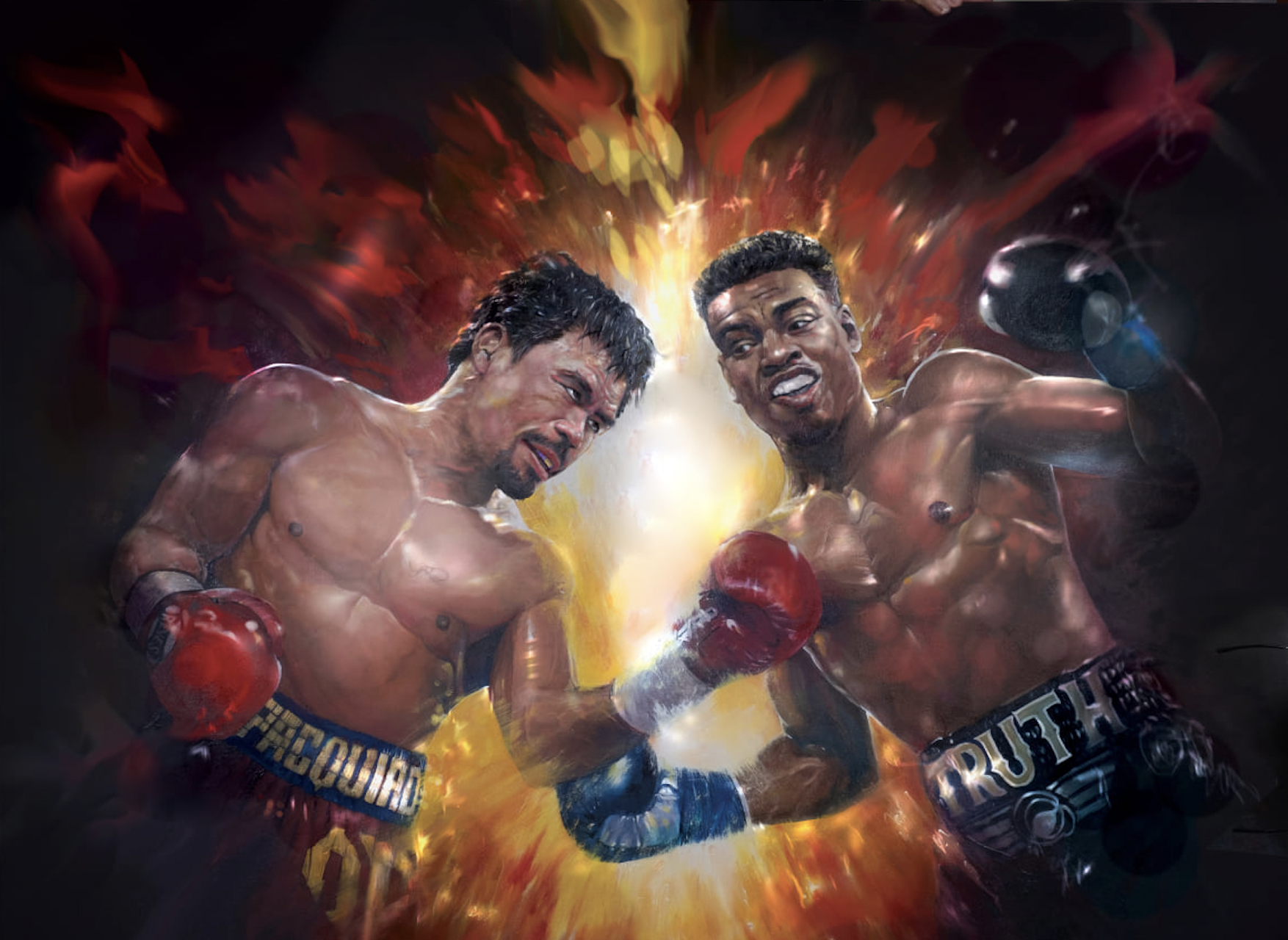 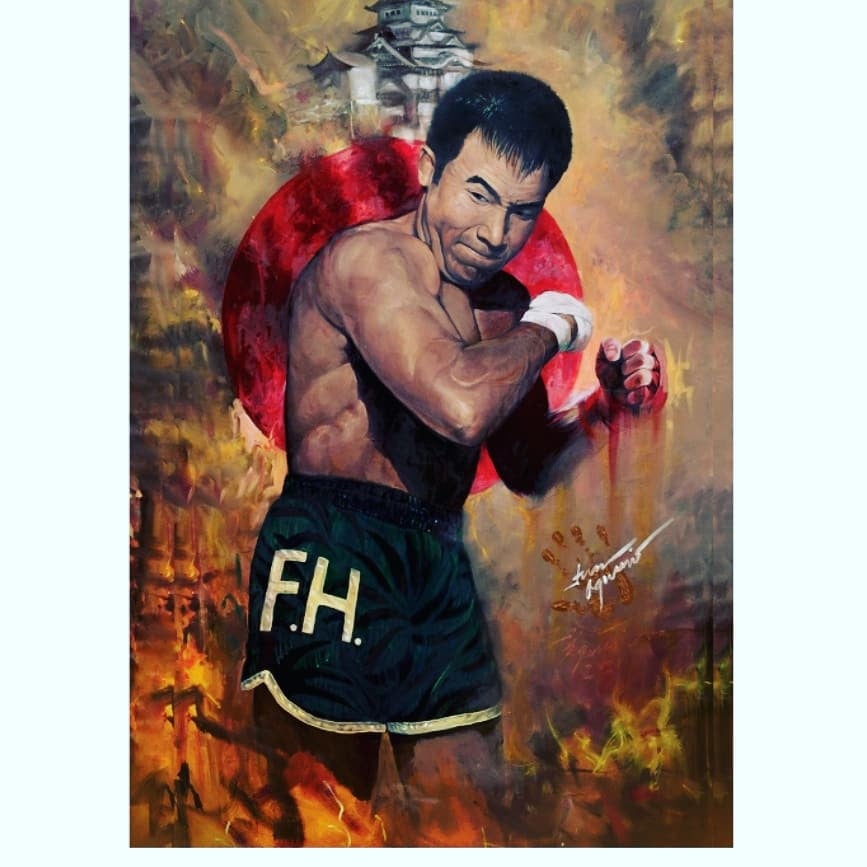 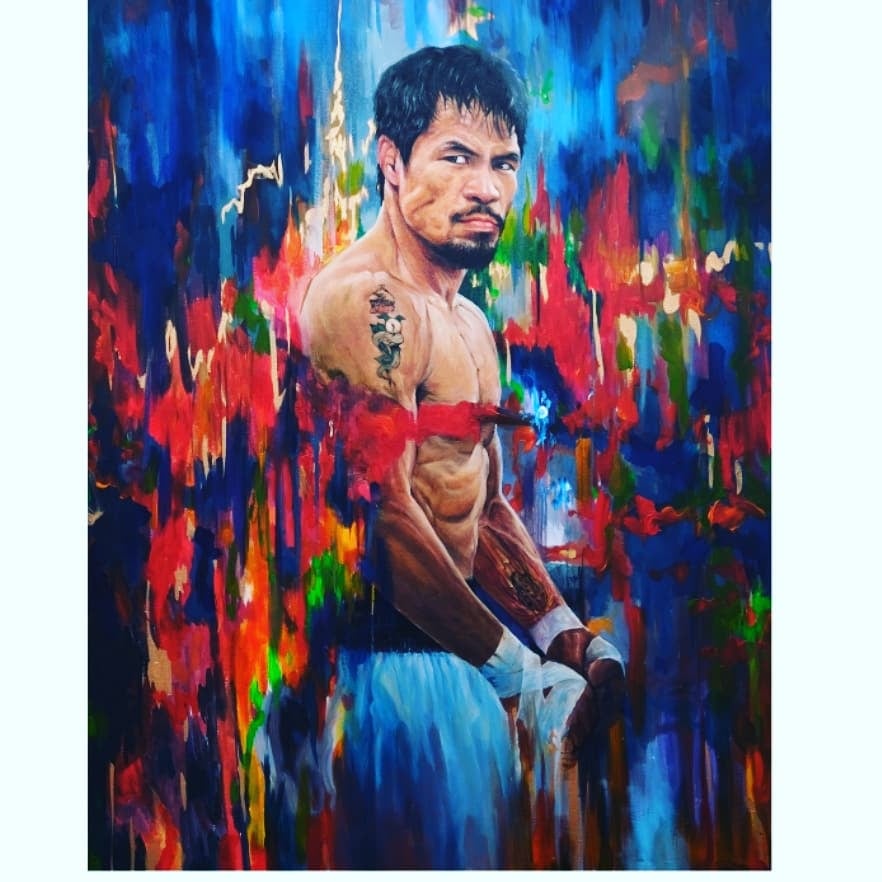 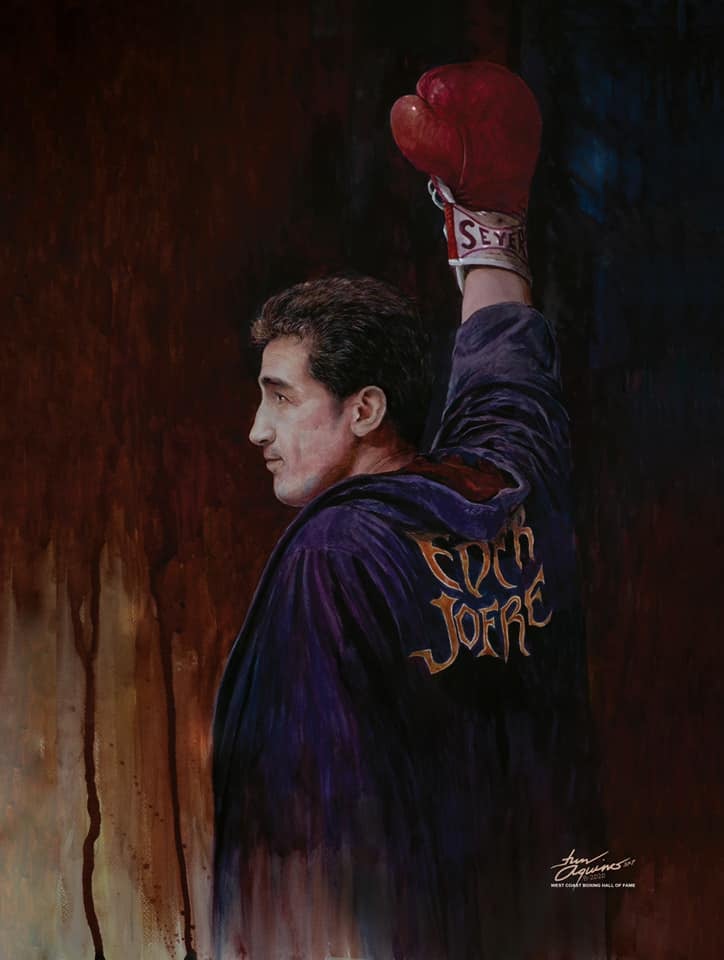 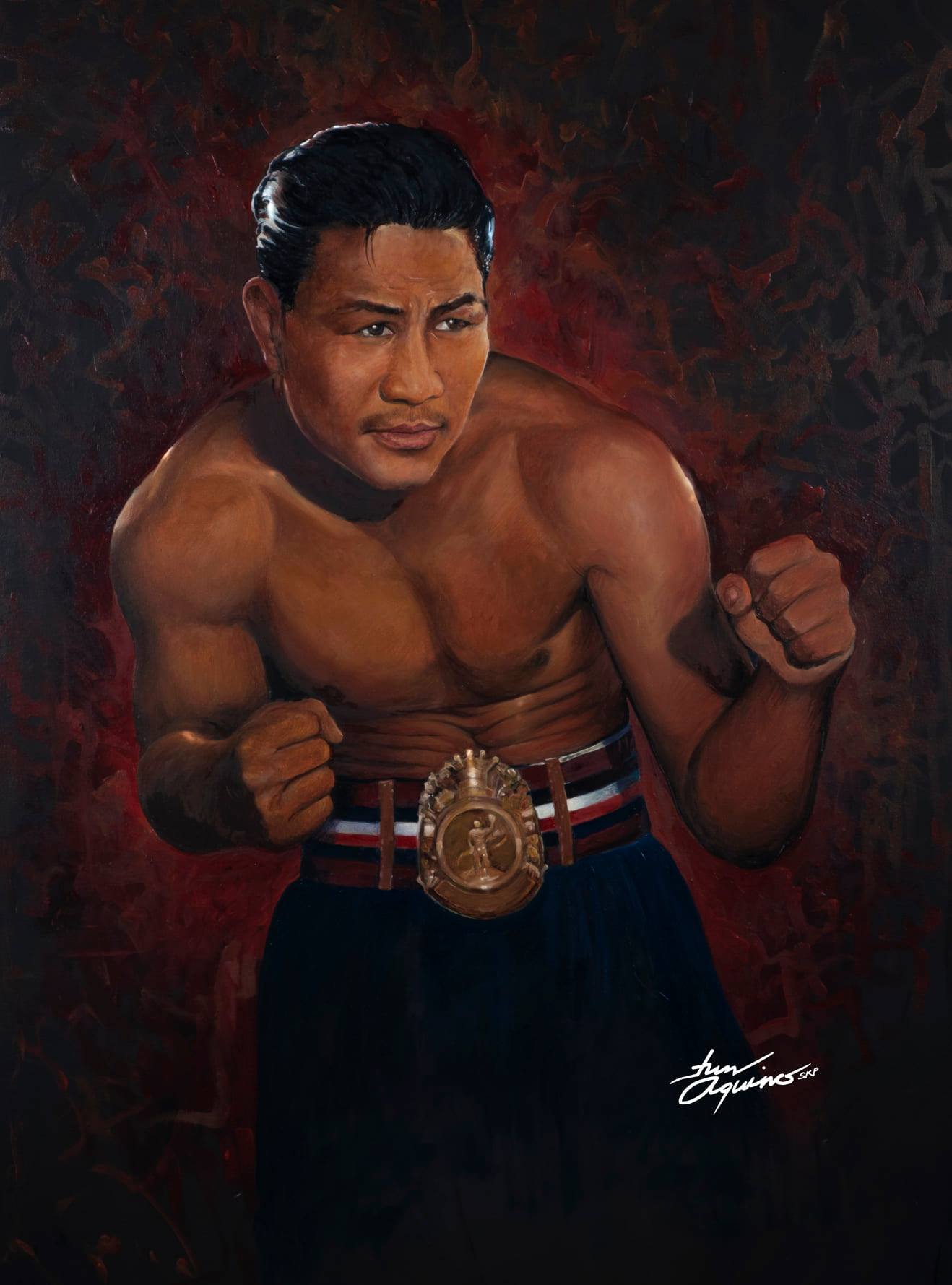 Custom Art by The Painter of Champions

The top bidder will receive a custom portrait commemorating the Manny Pacquiao vs. Yordenis Ugas fight on August 21. Artist Jun Aquino will personalize the portrait that will be tokenized as a 1-of-1 art NFT 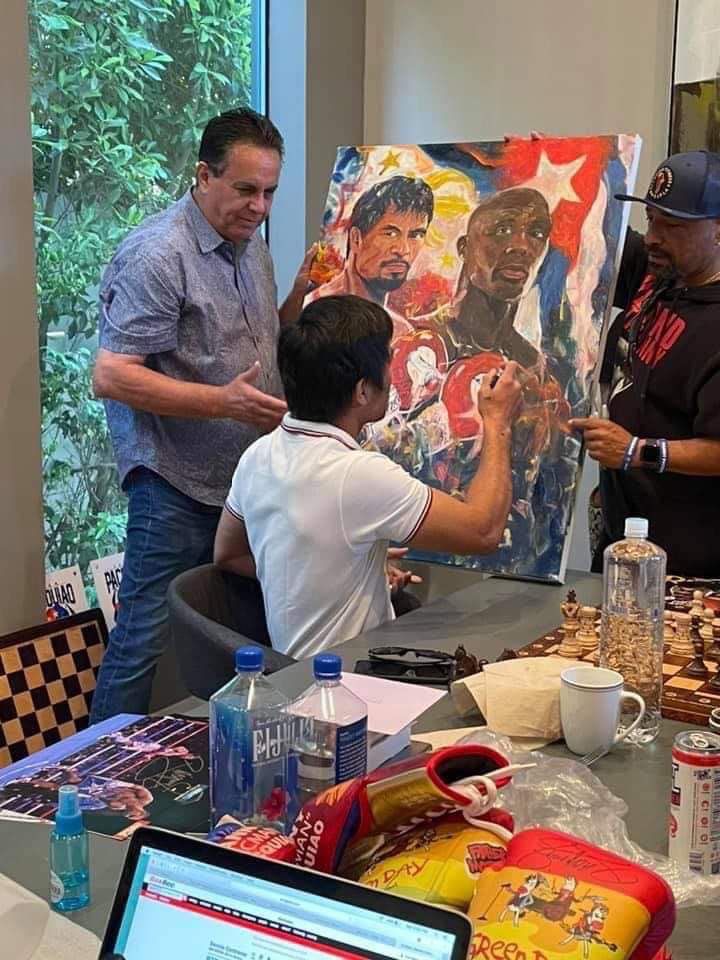 Platinum and Gold winners get access to exclusive behind-the-scenes footage of Manny Pacquiao and artist Jun Aquino, creating the portrait 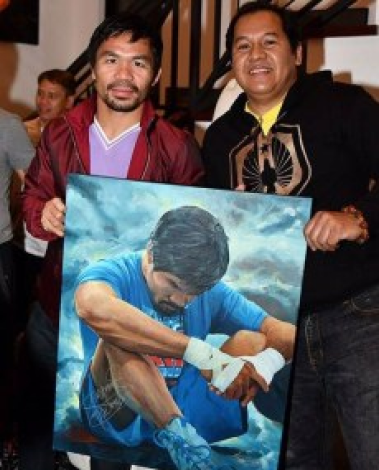 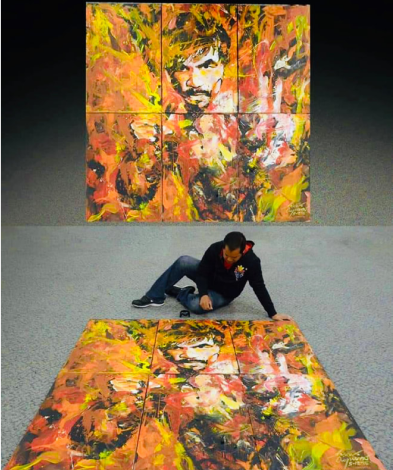 Bonus Limited Edition Print from The Portrait of Champions Collection

Winners will receive a high-quality physical print of the painting created, personally signed by Painter of Champions, Jun Aquino 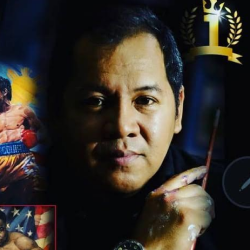 Filipino Artist Jun Aquino is the First Asian Artist to be inducted by the West Coast Boxing Hall of Fame, the Art of Boxing category.

Jun Aquino learned his basic anatomy drawings from the clippings and posters of Muhammad Alis “Thrilla in Manila in 1975” inside his grandfathers basement at the early age of 8. Since then his passion in drawing and paintings inspired him to learn more about Fine Arts in the University of the Philippines.He was the art director and editorial cartoonists of the Philippines Free Press magazine, For 25 years, 1987 to 2011.

Jun Aquino perfected his craft of using art as a political and social commentary under the guidance of iconic political artist and painter Esmeraldo Z.Izon who created the scathing cartoons of the Free Press during it’s heydey as the country’s top newsmagazine from 1908 to 2011. After the magazine has closed down, Aquino’s name has been linked to boxing icon Manny Pacquiao. He was invited to held his first U.S. one man exhibit - Pound for Pound, Art tribute to the PACMAN. Held in Dal Toro Celebrity Cars and Art Gallery in Palazzo Hotel, Las Vegas last November 12, 2011 to coincide with the third face-off between Pacquiao and Mexican boxer, Manuel Marquez.

February 2012 Jun Aquino hand over a gift watercolor portrait of Muhammad Ali a signed by Manny Pacquiao for the “Keep the Memory Alive’s 16th annual "Power of Love Gala" fund raising event in MGM Grand Garden Arena, bringing out some of the biggest names in sports and entertainment to celebrate Ali’s 70th birthday and raise funds for the Cleveland Clinic Lou Ruvo Center for Brain Health and the Muhammad Ali Center.

© 2021 PowerFan. All Rights Reserved.
Connect with us: